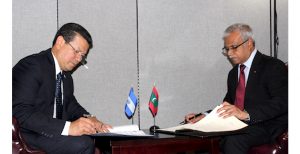 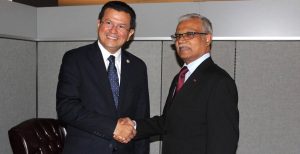 In their remarks at the ceremony, Minister Asim and Minister Bonilla highlighted that the establishment of diplomatic relations between the two countries marks a historic opening for cooperation connecting the peoples of the two countries in all areas of mutual interest.

El Salvador is a country in Central America with a population of approximately 6.34 million