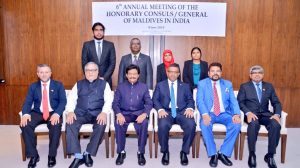 Ambassador H.E. Ahmed Mohamed meets Ambassador of the Plurinational State of...The Maldives will continue to champion its priorities at the UN, despite not...
Scroll to top