The first round of Consular Talks between Maldives and India was held in New Delhi on 24 October 2017. The talks were held in a cordial atmosphere in the spirit of close and deep rooted ties between the two friendly countries. 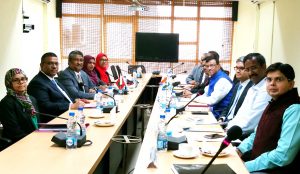 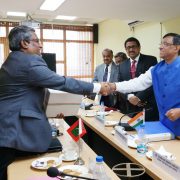 The officials from Maldives who travelled to New Delhi return back to Maldives on 25 October 2017.