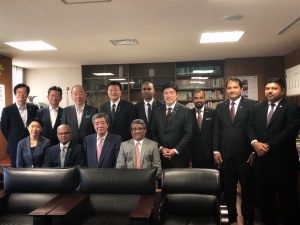 During the meeting, the Foreign Minister thanked Japan-Maldives Friendship League members for their unwavering support to advance the friendly relations between the two countries. Minister Asim and the League’s President Takeshita noted the increased people-to-people contact, including the growth of trade and investment between two countries over the years.