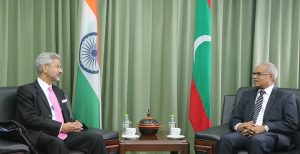 During the call held at the Ministry of Foreign Affairs, Minister Asim welcomed the Foreign Secretary to the Maldives and reflected on close bilateral relations between the Maldives and India. Discussions also ensued on ways to comprehensively deepen mutually beneficial cooperation in various fields. Minister Asim emphasized the assistance received from India for development of the defence, health and human resource sector of the Maldives and expressed his gratitude for remaining as a close reliable friend. 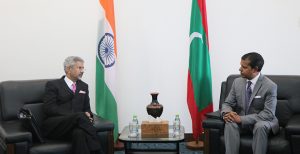