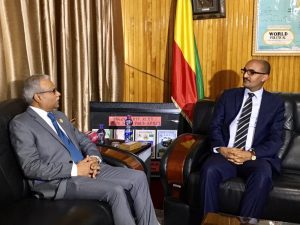 Minister of Foreign Affairs His Excellency Dr. Mohamed Asim, has returned to Male’ after concluding a successful visit to Addis Ababa, Ethiopia, to attend the Opening Ceremony of the Thirtieth Ordinary Session of the African Union Assembly of Heads of States, as a Special Guest. 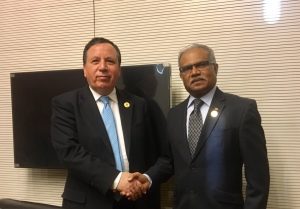 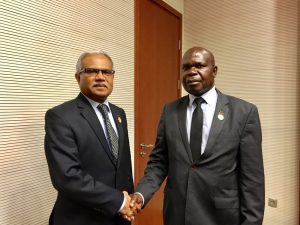 During his visit, on the sidelines of the AU Summit, Minister Asim had bilateral consultations with the State Minister for Foreign Affairs of Ethiopia, H.E. Dr. Aklilu Hailemichael and discussed ways to strengthen bilateral relations between Maldives and Ethiopia, especially in sharing experiences in environment protection and tourism promotion. In the meeting, Minister Asim thanked the Government of Ethiopia for the warm welcome and kind hospitality.

President Yameen unveils the FIFA World Cup Trophy in MaldivesThe Government of Maldives will uphold the rule of law and pave way for free,...
Scroll to top