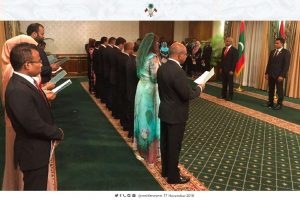 President Ibrahim Mohamed Solih has appointed members to his Cabinet.

The appointment ceremony was held this evening at the President’s Office.

The Ministers appointed this evening are as follows: