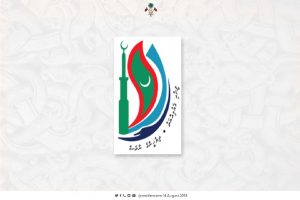 President Abdulla Yameen Abdul Gayoom has extended the duration of using the Tharika Campaign Logo in all official documents of the Government for another year, beginning from 14th August 2018.
The logo was inaugurated on 6th March 2017 aimed at promoting unity and culture, especially among students and youth, while also boosting religious faith and national spirit.

PRESIDENT TAKES PART IN THE CEREMONY TO MARK THE COMPLETION OF ROAD DEVELOPMENT...IT IS OUR INDIVIDUAL DUTY TO TRANSFORM OUR NATION’S STATUS – PRESIDENT ...
Scroll to top