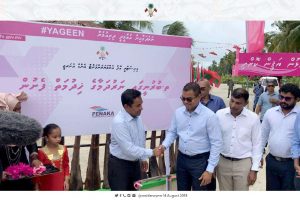 During the ceremony held this morning in Buruni Island, President Yameen unveiled the monument placed to inaugurate the island’s sewerage services system.