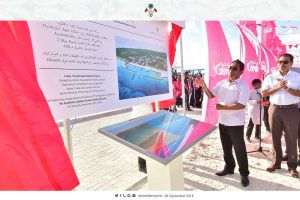 At the ceremony, President Yameen unveiled the monument placed to commemorate the inauguration of the island’s harbour.