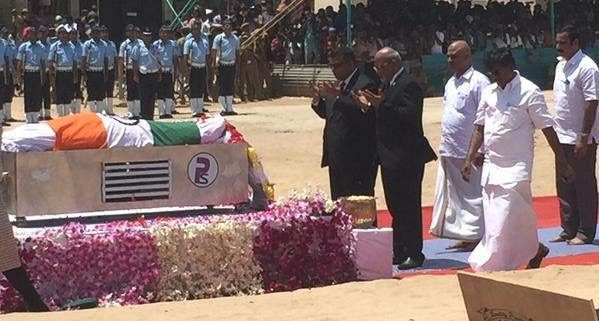 The Former President was accorded a 21 gun salute during the funeral in his native town Rameswaram in Tamil Nadu. The Former President H.E. Dr. Kalam known as the “People’s President” and the father of the country’s military missile program was buried with full state honours in the presence of Prime Minister of India H.E. Mr. Narendra Modi, senior Government officials of India and foreign dignitaries.

The Special Envoy of the President was accompanied by Consul of Maldives in Thiruvananthapuram, Mr. Ali Adam.